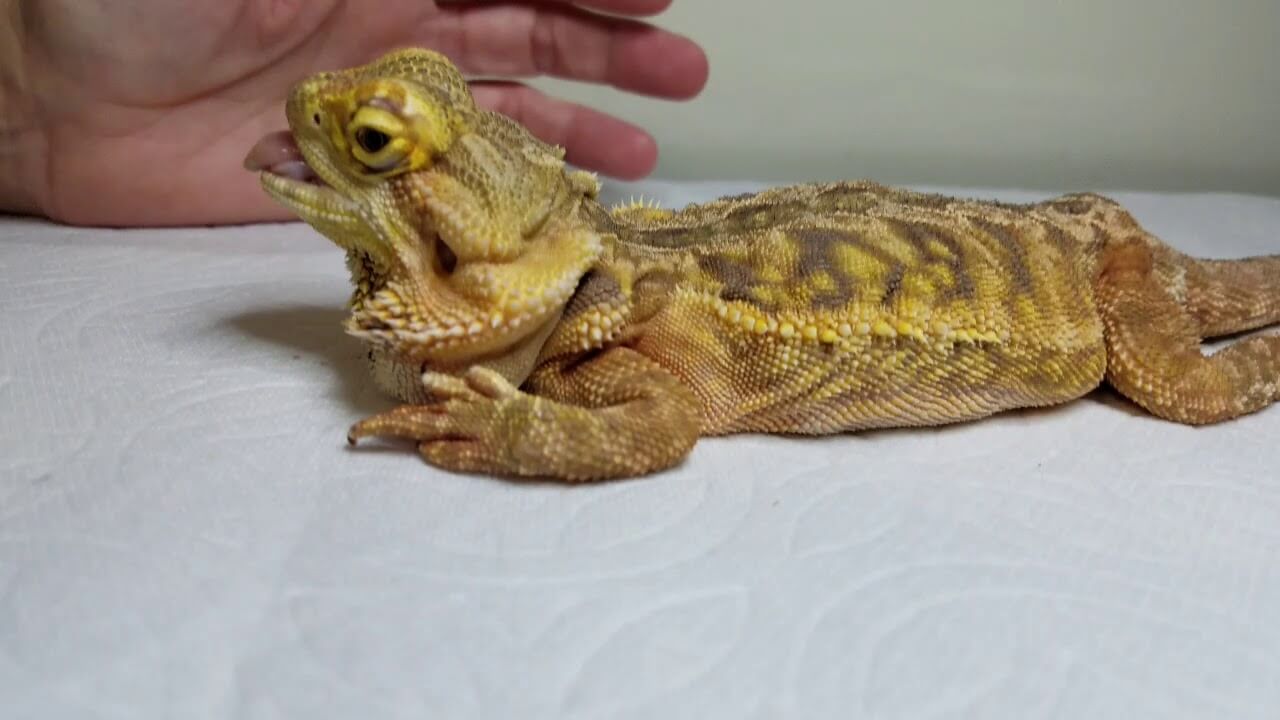 MBD which is the abbreviation of metabolic bone disease is also known as nutritional secondary hyperparathyroidism. It is the collection of many disorders that due to nutritional deficiencies the skeleton structure of the bearded dragon affects.

As its name indicates, it is associated with nutritional deficiencies and affects bone structure and strength. It is one of the most common health problems of pet bearded dragons. Dragons that are present in a wild environment, have complete freedom and have an open choice of eating.

So, the risk of developing MBD in them is low. Mostly the bearded dragons who are kept in closed captivity face this problem because they eat what they are offered. It is not a deadly disorder but if neglected, it could be fatal. This is not caused by any bacteria, virus, fungi, or any other pathogens but it is linked to diet.

As calcium is one of the main parts of bone and bones form the skeleton and its deficiency could lead to bone weakness and deformation. If the diet which is being offered to the bearded dragon is deficient in calcium then it causes structural deformity.

You may also read: Can Bearded Dragons Eat Nightcrawlers?

Problems linked with poor management are

UVB lighting is also linked with proper digestion and absorption of nutrients. So improper UVB lighting also causes less absorption of calcium and could lead to MBD. As extracted from the above-mentioned causes that metabolic bone disease is ultimately related to low calcium levels. When the level of calcium in the body is low then the body starts to take calcium from bones to compensate for the decreased level of calcium.

So, depletion of calcium from bones causes them to become weak, fragile, soft, and easily breakable. As calcium also plays an important role in muscle contraction, decreased levels of calcium in muscles also cause them to lose their ability to contract. Due to this fact, most cases of MBD are associated with partial paralysis. Due to bone and muscle damage, the affected bearded dragon is usually weak and deformed.

Symptoms of MBD in Bearded Dragons

But at later stages of the disease, when it becomes moderate to severe, the symptoms become more evident and clear. At this stage, symptoms could be devastating. These symptoms include

Diagnosis of MBD in Bearded Dragons

At the start, the symptoms are not specific to MBD and also not obvious. So, at this stage, it would be very difficult to diagnose but if a dragon shows above mentioned symptoms then the doctor can make a diagnosis on basis of observation and by checking the level of calcium in the diet. At later stages when the disease becomes severe then symptoms become more evident and making a diagnosis at this stage becomes easy.

If bones are broken then the veterinarian will proceed accordingly. Hydration of dragon is necessary at all stages of treatment because water is the medium of life and it is one of the essential nutrients. It also plays its role by moving the nutrients throughout the body.

If symptoms are light and the disease is in its early stages then by providing a good source of calcium at home, this disease could be tackled. Good sources of calcium include

Advice and Instructions for the Owners

If the bearded dragon is in captivity then make sure that it has a free choice of eating.

· Its movement must not be too restricted.

· Its diet must be nutritionally balanced.

· Observe the behavior of the dragon regularly and don’t neglect any change.

If the disease becomes severe and symptoms become move devastating then

· Remove the dragon from the cage.

· Remove all things that may cause inhibit the dragon’s moment.

· Water level in the dish should be low to avoid any chance of drowning.

· Make sure that the dragon is in its comfort zone.

· If MBD develops then keep patience as it takes time to be cured.

Metabolic bone disease is associated with nutritional deficiencies and in it the bony structure of the bearded dragon becomes deformed. It mainly develops in dragons kept in cages. Calcium deficiency is a major cause of this disease in which bones become weak and fragile.

In the early stages, it is difficult to diagnose but at later stages, symptoms become more evident and the disease could be easily diagnosed. It is a treatable disease. In the starting stages, it is easy to treat but once devastating symptoms develop then it would be difficult to treat. As the development of metabolic bone disease takes time, same as its treatment also is time taking. By proper management, this disease can be prevented.

Q):- Is MBD caused by any pathogen?

A):- No, it is not caused by any pathogen. It is associated with nutritional deficiencies especially deficiency of calcium.

A):- Yes, in later stages this disease becomes too much pain when bones become too much soft and easily breakable and muscle movement reduces.

Q):- Could MBD lead to paralysis?

A):- Yes, at later stages due to extreme deficiency of calcium bones become fragile and muscle movement reduces and which may cause partial or complete paralysis.

A):- Yes, at the early stages of the disease, it can be easily treated by providing proper nutritional supplements but once devastating symptoms develop then it needs aggressive treatment and proper care.

Q):- How can MBD be prevented?

A):- MBD can be easily prevented by noticing the behavior of the dragon and by providing it with a nutritionally balanced diet and freedom to eat and by giving it freedom of movement.

Muhammad Nouman Nazir DVM(UVAS), M.A political science(UOS). I am always trying my best to share my knowledge to the audience all over the world to help them. 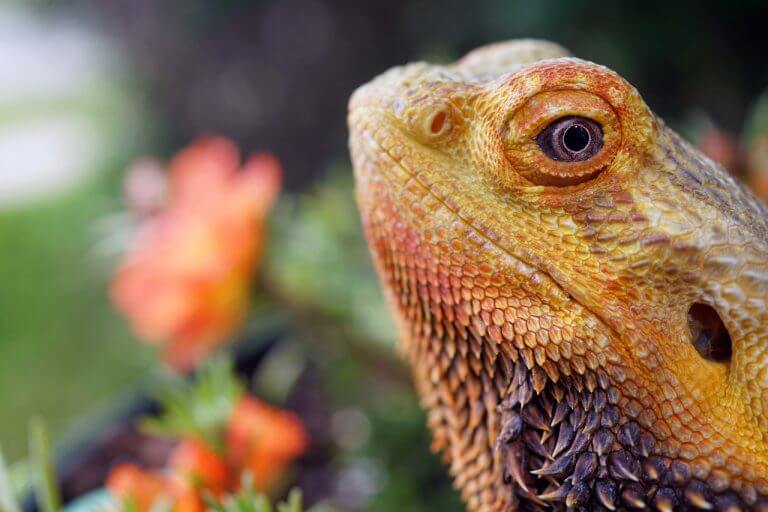 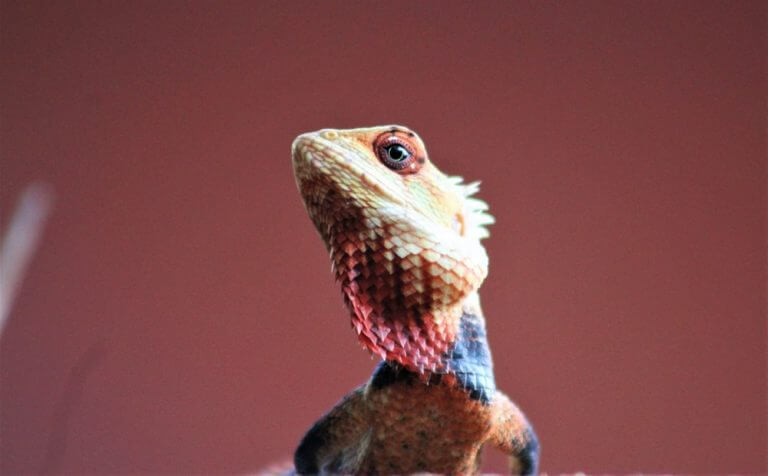 Bearded dragons are popular pet lizards that are fun to watch and easy to care for, which makes them one of the most commonly kept lizards in the world today. The popularity of bearded dragons has resulted in a range of products available on the market, from accessories to food. One such product, which you… Asparagus is one of the healthy vegetables but is it good for your Bearded Dragon to eat? If so, do asparagus offers your Bearded Dragon any benefits when compared with other available veggies and greens you are offering? In this article, we will cover all your queries about feeding asparagus to bearded dragons. So, after… 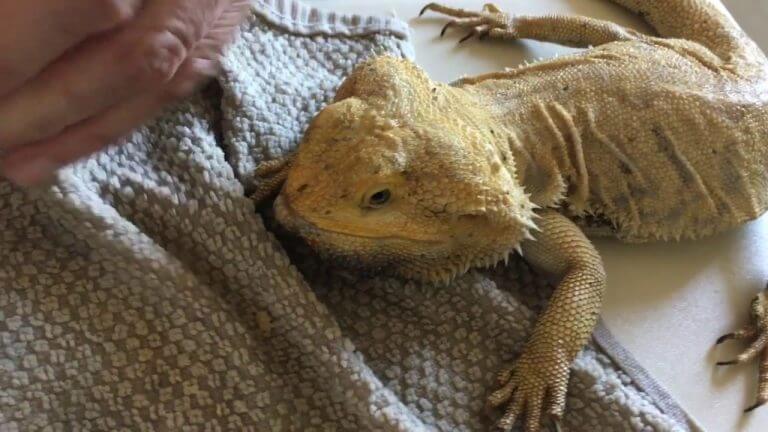 The cysts in the bearded dragons are among the leading causes of concern among the dragon’s keepers. Cysts appear as soft swelling with the normal temperature and uniform consistency all across the cyst. The main problem with cysts and tumours is that they are not easy to detect and when they are detected it becomes… 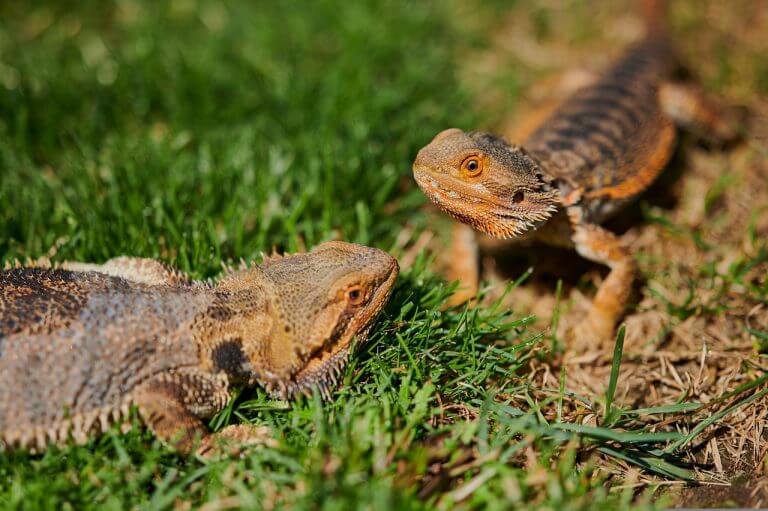 Providing a  nutritious and varied diet is vital for the good health of the Bearded Dragon. The best insects to give Bearded Dragons possess good amounts of calcium, protein, and some other minerals. Always feed the insects that supply the highest nutrients. Never feed a Bearded Dragon insect that is caught in the wild. When thinking about…